The Court dismissed the action brought by an EU importer, in a judgment of 17 March 2016. In upholding the duties, the Court expressly referred to the wide discretion enjoyed by the EU’s legislative bodies when it comes to deciding on the scope of products that should fall within trade defence measures.

It will be recalled that anti-dumping duties ranging from between 13.1% and 36.1% were imposed by Regulation 412/2013, published in the EU’s Official Journal on 15 May 2013. The duties were imposed on “ceramic tableware and kitchenware currently falling within [tariff headings 6911 10 00, ex 6912 00 10, ex 6912 00 30, ex 6912 00 50 and ex 6912 00 90 of the Combined Nomenclature set out in Annex I to Council Regulation (EEC) No 2658/87 of 23 July 1987 on the tariff and statistical nomenclature and on the Common Customs Tariff (OJ 1987 L 256, p. 1) (“the CN”)] and originating in the People’s Republic of China (the product concerned). It can be of porcelain or china, of common pottery, stoneware, earthenware or fine pottery or other materials. The main raw materials include minerals such as kaolin, feldspar and quartz and the composition of raw materials used determines the type of the final ceramic product produced.” 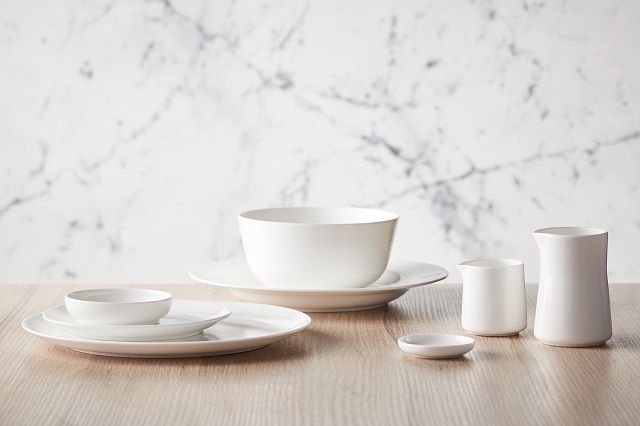 Already during the anti-dumping investigation, the wide range of products falling within the scope of the measures was criticized. However, the Commission argued that the investigation had shown that all types of ceramic tableware and kitchenware, despite the differences in terms of properties and style, have the same basic physical and technical characteristics. It held the view that ceramic ware is primarily aimed at being in contact with food and is basically used for the same purposes. Individual items can thus be regarded as different types of the same product.

Following the imposition of the measures, Portmeirion Group UK, a British producer of ceramic items and importer of mainland Chinese ceramic products, challenged the Regulation imposing duties before a UK tax tribunal. According to Portmeirion, the EU was wrong in imposing duties on such a wide range of tableware products.

The UK tribunal before which the case was brought saw sufficient grounds in this claim and decided to refer the case to the EU’s highest court for a ruling. The EU court was asked if the Commission has made a wrong assessment of the goods covered by the anti-dumping duties and if the Regulation does not go beyond what is necessary to protect EU producers. In its judgment of 17 March 2016, the Court held that the claims raised by Portmeirion did not affect the validity of the Regulation imposing definitive duties on imports of mainland Chinese ceramic tableware (porcelain tableware, bone china, stoneware, etc).

Contrary to what was argued by Portmeirion, the Court held that there is no requirement in the Basic Anti-dumping Regulation that a product concerned in an anti-dumping investigation must be homogeneous. Moreover, the Court noted that, while it is true that there are differences between the items of ceramic tableware and kitchenware covered by the anti-dumping investigation in terms of style, shape and properties, it is important to note that those items share the same basic physical and technical characteristics in so far as they are ceramic and are intended to come into contact with food. Accordingly, those items, taken as a whole, cannot be regarded as heterogeneous.

The Court further noted that the EU institutions enjoy a broad margin of discretion in the field of trade measures and that any judicial review is limited to verifying whether the procedural rules have been complied with, whether the facts on which the contested choice is based have been accurately stated, and whether there has been a manifest error in the appraisal of those facts or a misuse of power.

In conclusion there is a big window opportunity for other porcelain tableware manufacturers to take the business out from China. Import duty on Indonesian porcelain imported into Europe is 8.4%, much lower than the anti-dumping duties ranging from between 13.1% and 36.1% on Chinese Porcelain. As the prices keep rising from Chinese manufacturers, it closes the gap on those in South East Asia. The Sourcing Link have a unique relationship with one of the biggest porcelain manufacturers in Indonesia, having worked together for over 17 years, helping to bring in the expertise and skills to upgrade the factory’s quality systems and performance.